The Mother-in-Law Cure is a modern day fairy tale that chronicles the rise of the book’s central character, Humara from orphan to power matriarch in an affluent family. Humara’s influence spans generations and continents, but things are seldom as they appear. Humara’s prosperity is not simply good 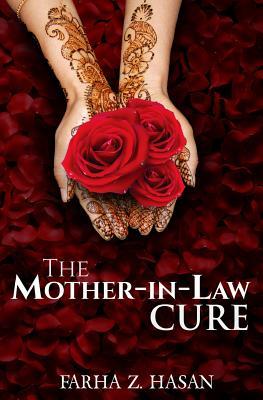 fortune but stems from something dark and sinister – as those who encounter her quickly begin to realize. It seems that nothing can stand in Humara’s way as she pulls the strings of those around her, until she meets the unlikeliest of nemesis. Another young orphan whose status in the household is little more than a servant will be the instrument of Humara’s demise. The Mother-in-Law Cure is an urban fantasy that takes you from Pakistan to the Middle East and back to the United States.
-Goodreads

I have always been fascinated by different cultures and countries. And when the author Farha Z. Hasan contacted me and asked if I wanted to read her book set around a Pakistan family I immediately said yes.

The book revolves around two women, daughter- and mother in law, Miriam and Humara, and how they both go from being poor orphans in Pakistan to be married into a good family in the USA.

There are few characters in the book, but you really feel something about them all. And for some the feeling in the beginning changes as you read more. I really liked and loved Miriam and Adnan. Miriam is a sweet girl, who unfortunately married into a ‘bad’ family. Adnan is a happy-go-lucky man who has no worry in the world.
I really disliked Humara in the beginning, she treats Miriam badly and unfairly. But as you got more backstory about her, your feeling softens a little.

The book is beautifully written. I really enjoyed the writing style. In the summary it says that the book is a modern fairy tale. I found it very cleaver to use fairy tale names and very well known sentences from fairy tales as chapter names. I got most of them as I was reading and some of them I hadn’t heard about before. In my opinion this book isn’t a fairy tale, it doesn’t really have the happy ending.

The only thing I didn’t like about this book was the ending. I felt like Miriam changed into Humara in the end. She was supposed to be a nice and a likable girl, but she turned out to be just as manipulated as her mother in law.

This is a great book to read if you like different cultures. It isn’t a typical book I would pic up, but I really enjoyed it.